8 Best Flowers In Canada, Their Names And Meanings 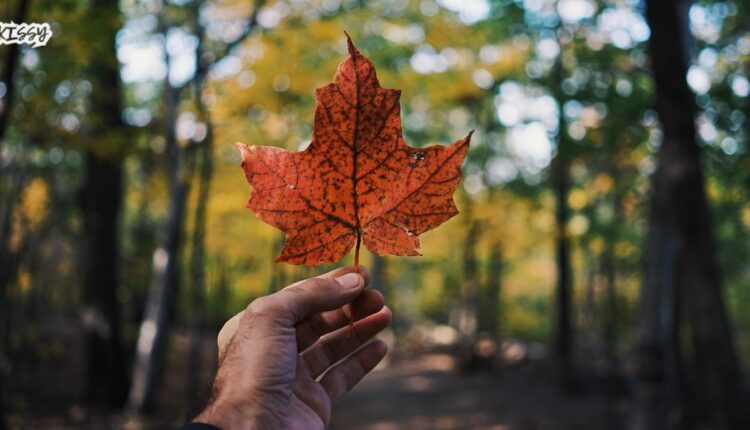 Canadian flowers: Canada is a friendly country that enjoys a solid reputation. It’s a wonderful spot to spend your life happily, and the people there are incredibly polite.

The great white north is well-known for many things, like Ice Hockey and magnificent beauty, just like its name implies.

Canada’s huge, breathtaking landscapes are made even more beautiful by some of the most unusual flora.

You are aware that flowers may be used to express feelings in addition to being used as adornment. They speak their own language, and if you know what they stand for, you can use them to communicate your viewpoint to others.

Whether you want to send a gift of freshly cut flowers or a handcrafted bouquet, it has you covered.

However, we have created a list of a few unusual flowers found in Canada together with their meanings to take care of your sightseeing and an Anthophile’s innate excitement. here is the list of the Canadian flowers

Purple Saxifrage, also known as Saxifraga Oppositifolia, is a low-growing plant that can grow as tall as 3 to 5 cm.

This unusual, colourful flower blooms between June and July, but the exact date depends on when the snow melts.

They can be seen growing in arctic or mountainous areas. They contain a lot of vitamin C and are tasty. The Purple Saxifrage is the national flower symbol of Nunavut, Canada. In terms of flower language, the Saxifrage indicates commitment, affection and passion.

The Western Red Lily is a member of the Liliaceae family and goes by the scientific name Lilium Philadelphicum.

The wood lily and prairie lily are other names for this kind of perennial flower. Despite being a common sight in Quebec and British Columbia, the Western Red Lily is classified as an endangered species.

The lovely lily has orange or red flowers that grow up to a height of between 30 and 90 cm between June and August.

It is the Canadian province of Saskatchewan’s floral emblem. Red is a colour that stands for passion, love, and bravery.

Mayflower, commonly referred to as trailing arbutus, is an Ericaceae plant. It is commonly found in Newfoundland, Canada, and is known by the scientific name Epigaea repens. It is a spreading shrub that grows slowly and does best in damp, acidic soil.

The plant expands slowly since it does not produce seeds every year. April to May is the ideal time for this unusual flower to bloom.

The official floral symbol of Nova Scotia is Epigaea repens. The Mayflower represents appreciation and is pink and faded to almost white.

Flag, Blue Iris is a native of Eastern Canada and a member of the Iridaceae family. The genus, which is also known scientifically as Iris Versicolor, was named for the Greek goddess of the rainbow.

It is a perennial lily with a height range of 10 to 80 cm and blooms in May to June.

It serves as Quebec’s official floral emblem since it emphasises the value of wetlands and water. The flower has lovely characteristics and is frequently used as decoration. The lovely flower from the iris family is frequently linked to trust and hope.

Fireweed is a perennial herbaceous plant with the scientific name Chamerion Angustifolium. It is a member of the willowherb family and belongs to the Evening Primrose genus. About 200 species make up the genus, many of which are indigenous to Canada.

In Canada, you can find fireweed, a native flower of the Northern Hemisphere.

The edible blossoms are high in provitamin A and vitamin C. Since 1957, fireweed, which can grow to a height of 0.5 to 2.5 m, has served as the official flower of Yukon, Canada. This native Canadian is a representation of change.

Trillium Grandiflorum is its scientific name, and other names for it include white trillium, large-flowered trillium, big white trillium, and white wake-robin. This unusual bloom can be found in British Columbia and areas of northern Quebec.

About 20 to 50 cm is the maximum height that the white trillium can reach. The White Trillium’s three-petaled blossom is its most distinctive characteristic.

The Rosaceae family includes Mountain Avens, which is also known by its scientific name, Dryas Octopetala. About 2 to 6 species of low-trailing or mat-forming shrubs belong to this genus.

The arctic-alpine flowers, which can reach a height of 3 to 5 cm, are widely distributed in Canada’s northwest.

Its eight petals make it a distinctively formed flower in the rose family, giving it the scientific name “octopetala.”

The distinctive flower of the rose family, Dryas octopetala, is the official floral emblem of the Northwest Territories of Canada. It stands for longevity, purity, and innocence.

An indigenous blooming plant to Canada is the Prairie Crocus, which belongs to the Ranunculaceae family. The Prairie Crocus is often referred to as Pasque Flower and has the scientific name Anemone Patens.

In between March and April, the plant blooms. In Manitoba, they are in great supply. It can grow as tall as 30 cm, roughly.

The Prairie Crocus is sometimes referred to as windflowers because the Anemone genus takes its name from the Greek word for “wind.”

It is a perennial herbaceous plant with over 40 different types. The distinctive Bell-shaped flowers of the crocus, which serves as Manitoba’s state flower, stand for warmth, kindness, and simplicity.

Some of the most exquisite and distinctive flowers in the world, which stand for emblems of both nature and culture, are native to Canada.

Some flowers have been designated as the official floral symbols of specific jurisdictions, including British Columbia, Ontario, Quebec, and Nunavut. These flowers have strong symbolic implications, which vary depending on the province they are meant to represent.

The Western Red Lily symbolises bravery, the Blue Flag Iris water and wetlands, the White Trillium purity and beauty, and so forth.

What does art of zoo mean in the urban dictionary?

What is Toilet Paper Roll Circumference?