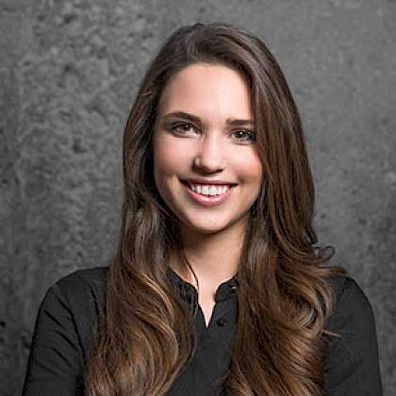 A story alleges that DANIEL Ricciardo’s private life has been revealed, despite the Formula One driver’s efforts to keep it a secret.

According to a Daily Mail allegation, the Australian Formula One star is dating German beauty Annemarie Horbass, who works for an event management company linked with Red Bull. He has refused to comment on his personal life and has yet to speak publicly about the report.

Formula One colleagues have reportedly confirmed that Ricciardo and his girlfriend have been dating since they were pictured celebrating together following Ricciardo’s thrilling Monaco Grand Prix triumph last month.

On Sunday night following the Monaco Grand Prix, they were photographed together on a luxurious yacht with Red Bull team members as they celebrated the team’s success.

The Mail described the relationship between Ricciardo and an unidentified coworker as “nothing too serious just yet.”

At several grand Prix this year, the 24-year-old beauty has been observed working in the pit lane.

In the wake of his split from his childhood sweetheart, Jemma Boskovich, at the beginning of 2016, the 28-year-old driver has been linked to several women.

In the past, Daniel Ricciardo has blamed the breakup of his relationship on his rigorous Formula One schedule.

In a live interview on Sydney’s breakfast radio in September 2016, shock jock Kyle Sandilands accidentally threw Ricciardo under the bus.

On KIIS 1065’s Kyle and Jackie O, Ricciardo found himself in an embarrassing predicament for a freshly single man. Red Bull billionaire Dietrich Mateschitz owns a private Fijian island, and Ricciardo revealed he’d been invited but hadn’t made the trip when asked by Jackie O.

He Added: “I Know Why,” Sandilands said.

“Daniel is dating his high school sweetheart because of this. He doesn’t listen to Rihanna and the Pussycat Dolls like the rest of the F1 drivers. His character is commendable as long as he’s been at school.

Despite Ricciardo’s apparent attempt to restrain Sandilands, the shock jock continued to race forward. “I have no idea if he’s sorry or not. However, what a gentleman. If you’re an Aussie, you’re going to mow the lawn like any other Aussie after you’ve achieved worldwide fame like this as an F1 driver, which isn’t to be sniffed at. Daniel, do you think that’s correct?”

You haven’t broken up with each other, have you?” Jackie O responded, “Don’t tell me that.”

A few days later, Ricciardo was quoted as saying: “I’m probably never going to give an interview with those guys again.

However, “details and all that isn’t new, by the way, not fresh news,” he continues. “I am single.”

The romantic life of DANIEL Ricciardo has long been a closely guarded secret for the Australian racing driver.

According to a Daily Mail allegation, the Australian Formula One star is dating German beauty Annemarie Horbass, who works for an event management company linked with Red Bull. He has refused to comment on his personal life and has yet to speak publicly about the report.

In the wake of the Australian driver’s stunning triumph at the Monaco Grand Prix last month, reports suggest that Ricciardo’s Formula One teammates have acknowledged the pair had been dating. One of the most popular formulae in the world is that of one racer, Daniel. Rссаrdo is considered one of the best overtakers of the current generation. She and Rеnаult are currently racing. The childhood dream of Rссаrdo to be a professional driver has been a labor of love. Additionally, Rссаrdo is a possible ambааdоr for the Rеd sull-bashed. He does regular chores and works for the foundation of one’s life.

How Did Charlene Perera And Patrick Miller Get Up In This Predicament?

What Happened To John Robertson And Melissa Walsh?