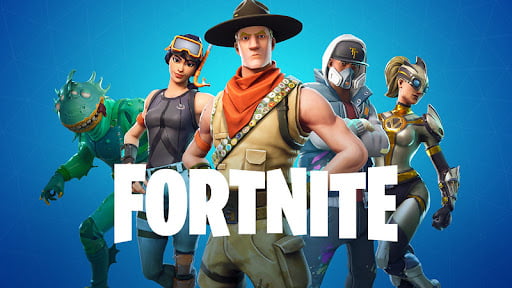 The success of a video game is not guaranteed. In this day and age they are looking for improvements to make the user experience better and the game more engaging, so they always think outside the box.

They have to partner with athletes and well-known people in order to get much more recognition and acceptance in other niche markets important to them that can help them grow the brand in unexpected places.

Important to go here to learn more about the games of the moment and trends in the gaming world. To keep up to date, going to this league is a good idea to, what better than having all the information to enjoy your experience in the best way.

One of the most influential sportsmen, not only in football but also in his social networks with 181 million followers on Instagram.

He arrived as one of the most awaited characters by Fornite fans. The Brazilian star came to be a protagonist in season 6 chapter 2, with his characteristic dance and a robotic skin drove the networks crazy.

The official Fornite website began posting images on its social media pages of the classic number 10, alluding to Neymar wearing that number for his national team and his Paris Saint-Germain team.

He also posted what appeared to be the ball used in the 2014 World Cup, alluding to the match played in Brazil. No doubt a skin for football fans.

The King James comes to Fornite, with his 3 outfits. The first one with a taco t-shirt, takes on a whole new meaning to Lebron’s Taco Tuesday, his second outfit from the Space Jam The New Legacy film and finally his outfit in The King James Bundle combines all of the above outfits and with his custom Nike Lebron 19 trainers. He even made us hungry with his “Taco Tuesday”.

The Kansas City Chiefs quarterback, Super Bowl 2020 champion and MVP, gets to direct the next few plays in the Fornite idol series and the NFL has collaborated in the past to release different skins for the franchises participating in the league.

His skins were amazing:

– Gladiator Mentality style with goggles on, and arms upgraded.

If you’re a Kansas fan, you probably downloaded this skin to play with the team’s quarterback.

The German national team midfielder and Borussia Dortmund player came to the Fornite platform as part of the Icon series. It combined the best of video games, music, sports, film and fashion, and is the game’s way of celebrating the lifestyles and artistic visions of the world’s best creators and stars.

The German is wearing the Germany kit, similar to the one worn by the players at EURO 2020.

Dortmund’s Marco Reus was added to the game on 12 June 2021, in chapter 2 of Fornite season 7. As part of the accessories he wears an integrated gesture and a retro backpack called a survival kit.

If you are a football fan, you probably already know Kane is a professional football player, considered one of the best strikers in the world and is known for his goalscoring skills and combination play.

He makes his debut in Fornite as a member of Chapter 2 Season 7. With his great victory gesture and the retro Hura-Kane backpack. Implementing the UEFA Euro 2020 Cup in the game. To obtain the skin of the footballer with his would implement the England national team jersey alluding before finding it in the shop.

The American actor, rapper, former bodybuilder and WWE pro wrestler. More than 18.1 million followers on Instagram can’t be wrong, it was obvious he had to be in the game. The man who marked a before and after in professional wrestling with his great fights, sense of humour and charisma with the public.

The 16-time champion came to the ring in Fornite season 3 for the epic Summerslam with his trademark “you can’t see me” gesture and backpack accessories like the WWE Championship title and slapping hand.

Better known as “The Rock” actor, former WWE professional wrestler, businessman and American football player. Among his accomplishments as a wrestler he held 10 world championships and was the winner of the 2000 Royal Rumble.

He arrived after several clues in the official accounts of the game, he made his appearance as the main character in the event and end of season 8 of Fornite chapter 2. A scene was presented in which the character could be seen as he slowly lifted the helmet and revealed the face of the “The Rock”.

During the presentation of the season, it was understood that he was the main character of the season. The Foundation is the leader of the Seven, a mysterious organisation dedicated to protecting the inhabitants of the Fornite Battle Royale island and preserving the natural state of things, facing threats such as the Cube Queen, the Imagined Order and Dr. Slone.

And recently the incorporation of his character in the film ¨Black Adam¨ without a doubt the actor and former wrestler is a guarantee of success within the Fornite world, thanks to his great influence within the world of entertainment.
Fornite continues to plan partnerships with different athletes and musicians to reach out to new generations and make the game even more inclusive.

For them, it’s also a good idea because it brings them closer to a different kind of audience, well, in the end it’s a win-win, and best of all, they make a profit from the use of their image. Without a doubt, it’s a great business.

Who would you like to see in Fornite? The studio has reported that they have surprises and always find a way to blow our minds. Let’s hope they pull it off because we can’t wait