Is Boltz Pro Charger a Genuine Product Or a Fraud? 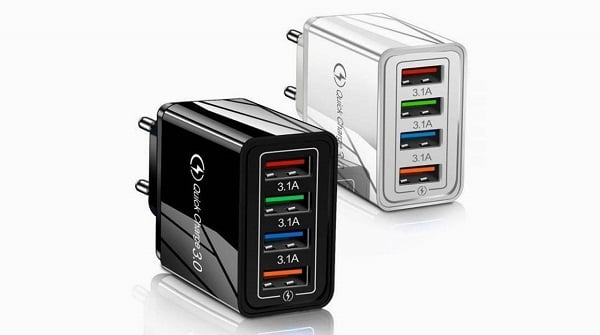 For one thing, because of the narrative of ‘Kathy,’ an innovative middle school teacher, and the claim that this charger reverses phone aging and extends battery life, this item has become the internet’s most talked-about gadget.

You will, however, discover that this product does not have any actual customer evaluations if you delve under the surface of all the so-called good reviews you may find online. The ostensibly good evaluations were posted by affiliate marketers who couldn’t care less about whether or not the product truly worked. After the day, what they’re chasing is their commission, not your money.

It is true that this website seems to be legitimate; nevertheless, what you should be concerned about is whether or not this Boltz Pro Charger will honestly charge your phone quickly and without causing any harm.

YOU NEED TO KNOW ABOUT THE BOLTZ PRO MOBILE PHONE CHARGER!

Although several good reviews for this rapid charging gadget, these reviews do not accurately reflect the product’s performance. The following are some of the reasons why so Boltz Pro charger is not a suitable choice:

They are a kind of fraud that occurs when someone makes a claim that is not true. The promise that this charger can recharge your smartphone from 0 percent to 100% in 15 minutes is entirely untrue and misleading. First and foremost, although the photographs of the charger on the site yourboltzpro.com include the phrase ‘BoltzPro,’ the charger seems to be a Chinese device known as the QuickCharge US Adaptor as seen by the films used for promotion.

It has been established by customers who have purchased the Boltz Pro Charger that it does not charge their phones as quickly as advertised and that it is, in reality, a Chinese product.

In the following graphic, you can see what a consumer went through after purchasing the Boltz Pro charger:

BolzPro is offering the charger for about 22 dollars. The gadget in question is called ‘QuickCharge,’ and according to Aliexpress, it can be purchased for as little as $4. Boltz Pro purchased these charges from the China economy, branded them as ‘Boltz Pro,’ launched a slew of advertisements, including the Middle School narrative, and now wants you to pay $22 for it when it can be purchased for far less elsewhere on the internet.

The difference in pricing is significant.

Positive evaluations on the internet, including those on YouTube or blogs, are entirely fabricated. This is because they were almost identical contents, copied and pasted with just a tiny modification.

Also, we had seen this kind of evaluation for the same item several times, and they are all identical in their content. They are completely ineffective. You may check out this review to see what I’m talking about.

IS THE BOLTZ PRO CHARGER A GENUINE PRODUCT?

It’s important to understand that although specific chargers are quick, they also cause two disadvantages. The first thing to mention is HEAT. Boltz Pro employs a 3 amp power supply, which is known to overheat batteries and cause them to fail. Number two is detrimental to the phone’s battery life. According to the manufacturer, Boltz Pro can reverse battery aging and damage. This claim is entirely untrue.

Charging stations cannot reverse battery aging. The fact that your charger is hot after charging your phone with three amps does not imply that it will repair any internal faults in your phone.

No evidence or assurance can be provided. It’s nothing more than a sales trick to get you to purchase the goods.

FINAL VERDICT: IS BOLTZ PRO A FRAUD OR LEGIT?

According to our investigation, the Boltz Pro charger is not a legitimate product. Customers who purchased this fast charger claimed that it did not arrive with any instructions and did not charge as quickly as advertised. Furthermore, it does not seem to be consistent with the information provided by the alleged middle school instructor, who claims to have developed it. The package is labeled with the words ‘Made in China on it. There is no mention of the term ‘Boltz Pro’ anywhere in the game.

What Is “Lean Time Keto,” And What Are The Components In It?

Is Pro-Keto Genix a Safe And Effective Supplement?