Top 10 Tennis Players Of All Time 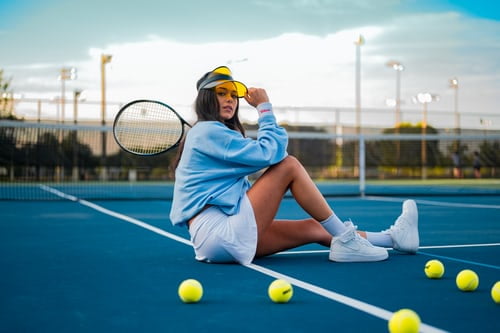 For as long as professional tennis has been played, there have been athletes who have pushed the boundaries and established themselves as legends. In both men’s and women’s tennis, we have household names like Novak Djokovic, Roger Federer, and Serena Williams.

Today we’re looking at the best tennis players of all time. Many of them are still active today, so consider supporting them on the tennis court. If you prefer to put your money where your mouth is, platforms like Fanduel.com offer odds on tennis events.

Having turned professional in 2003, Novak Djokovic is a Serbian tennis player who started during a time when tennis was dominated by two names – Federer and Nadal. Naturally, we have more on those two below, but for now, we should focus on Djokovic’s record.

Djokovic has 20 Grand Slam singles titles under his belt, the same amount as Federer and Nadal. That’s impressive considering that Djokovic entered the game when the two were already established. Throughout his entire career, Djokovic has had 85 career titles.

Sharing the all-time Grand Slam men’s singles titles record is Roger Federer, from Switzerland. He started playing professional tennis in 1998 and was dominating the sport after defeating Andre Agassi at the US Open in 2005.

Since 2006, his career-best season, his career has been largely defined by breaking Pete Sampras’ victory record, getting an Olympic gold medal in 2008, and then fending away young rivals. He has 103 titles across his entire career but it’s not over yet. After a surgery sidelined him in 2020, he’ll have another shot at his possible 21st Grand Slam win soon.

Alongside Djokovic and Federer, we have Rafael Nadal. This Spanish tennis player turned pro in 2001 and has been locked in a rivalry with Federer since 2004. Before Djokovic upset their balance, Nadal and Federer were racking up Grand Slam wins between each other. Nadal also stands at 20 Grand Slam men’s singles titles right now.

Like Federer, Nadal also bagged two Olympic Gold medals for himself at the Beijing Olympic Games in 2008 and the Rio Olympic Games in 2016. Over his entire career, he sits at 88 career titles so far, and it’s well-known that he plays much better on clay courts.

Rod Laver is a classic tennis player who took to the court before the Open Era. While he turned pro in 1962, Laver was already ranked as the #1 amateur player the year prior. Naturally, he carried that skill into professional courts all over the world, where he established a tennis history record of winning 198 singles titles.

Laver won 11 Grand Slam titles. That may not sound like much compared to modern tennis players but it’s important to note that Laver was banned for five years during his prime. In 1962 and 1969, he was and still is the only man to win all four major Grand Slam titles within the same calendar year. He was also inducted into the Tennis Hall of Fame in 1981.

Women’s tennis is one of the most popular female divisions when compared to those of other sports, which is why Serena Williams is a household name. Along with her sister Venus, Serena is often credited with bringing women’s tennis to the limelight. She turned pro in 1995 and is still playing today.

While she has 73 career titles, 23 of them are Grand Slam singles titles, making her one of the most proficient tennis players of all time, second only to our next player in the list.

Before Serena Williams, there was Margaret Court. She played 192 career titles and, of them, 24 were Grand Slam singles wins. She was the first woman to win a singles Grand Slam in the Open Era, in 1970.

Court started playing in 1960 and enjoyed a long, injury-free career thanks to her weight and fitness routine, which influenced many contemporary and modern players’ routines. After a 1977 retirement, she was added to the Hall of Fame, 1979.

Once considered a #1 world tennis player by the ATP, Pete Sampras was a great player active between 1988 and 2002, where he demonstrated his skill on grass and solid courts. He won 64 career titles, 14 of which were Grand Slams, and was inducted into the Hall of Fame in 2007. He’s known for competing against Andre Agassi in the ‘90s before Roger Federer came along and beat both players’ records.

Alongside Rod Laver, Bjorn Borg is another classic tennis player who achieved a lot during his relatively short career. He retired at just 26, after playing from 1973 to 1983, becoming a Hall of Famer in 1987. During that time, he played 101 career titles and 11 Grand Slam titles. He’s perhaps best known for his five consecutive Wimbledon wins between ’76 and ’80, and his notorious face-off against John McEnroe at the 1980 Wimbledon, considered the best Wimbledon final ever played.

Ivan Lendl’s serve was well-known throughout the 1980s, during which the Czech racked up 144 career titles and 8 Grand Slam singles titles for a Hall of Fame induction in 2001. While his record has been surpassed, he once was considered #1 in the world for 270 weeks. He was also known for being very quiet and reserved on the court, unlike our last player…

Now known as a commentator for the sport, John McEnroe played between 1978 and 1992 and was entered into the Hall of Fame in 1999. He won 105 career titles and 7 Grand Slams, split between Wimbledon and the US Open. During his heyday, he was notorious for his spats with other umpires and the players, hurling abuse and breaking his own racket on many occasions, all caught on live television.

Perfect Origins Keto Xo: What Is It?

How To Bet on NFL Players With Using Evidence